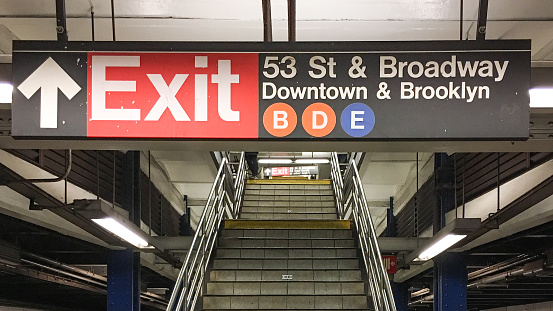 A disturbing but not surprising report in the New York Post states that commuter railroads serving the greater New York City area are unlikely to meet the December 31, 2018 deadline for installing positive train control (PTC), an anti-crash technology. This technology could have prevented the deadly Amtrak derailment on December 18, 2017 in Washington State.  PTC is an advanced system designed to prevent rail accidents caused by:

PTC uses GPS tracking and onboard computers to provide locomotive engineers with advance warning of conditions requiring caution and automatically stops the train if the engineer does not respond appropriately.

PTC was mandated for use on MTA and NJ Transit trains in 2008, but a decade later (after two deadline extensions), neither rail system has fully complied. Metro North, despite a deadly derailment of a speeding train in 2013, has outfitted only “27 percent of its 537 engines” with automatic braking devices and “doesn’t have a single segment of track fully equipped with transmitters to activate them.” NJ Transit, with a budget of $320 million for PTC, has equipped “less than 6 percent of its 440 locomotives and none of its tracks.”

The Long Island Railroad is the leader locally in adopting PTC despite outfitting only “49 percent of its 580 locomotives … and just one of its 15 major track sections.” More than 100 LIRR riders were injured on January 4, 2017, when a train failed to stop at Brooklyn’s Atlantic Terminal and struck a concrete bumper block.

Officials blame the delays on the “limited number of companies manufacturing” PTC equipment, “which has to be custom-built for each railroad.” Leaders of the MTA and NJ Transit reiterated their commitment to meeting the federal deadline for PTC adoption.

One facet of personal injury law these railroad officials should bear in mind is that the standards for negligence evolve along with safety technology. If a tool to make your passengers safer does not exist or is prohibitively expensive to adopt, you won’t be ruled negligent for failing to adopt it. But if the tool is there and is reasonably priced, your railroad can be hit with crushing liability when your trains have an accident that existing technology could have prevented.

At [ln::firm_name], we’ll be interested to see how a failure to meet the deadline might impact injury claims against the railroad in future accident cases. Would a court decide the railroads’ failure to install PTC by the deadline constitutes negligence per se? Will railroad systems soon be held to a strict liability standard for operating without PTC? These stricter liability standards would certainly make it easier for injured passengers to sue and should serve as incentive for the railroads to accelerate their adoption of PTC.

[ln::firm_name] represents riders injured in transit accidents throughout New York. To schedule a free consultation, call us at [ln::phone] or contact our office online.