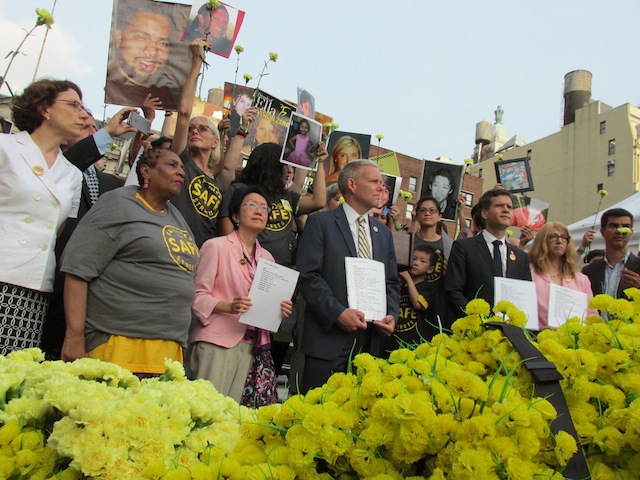 For the first six months of 2017, the number of traffic fatalities on the streets of New York City was the lowest in recorded history, dating back to 1910, according to a NYC Department of Transportation report. The Gothamist credits Mayor de Blasio’s Vision Zero initiative with bringing down overall traffic deaths consistently since 2013, but also notes that the future of the safety program is far from certain.

Vision Zero depends upon a variety of strategies, including costly street re-designs, to make intersections safe for all users. But despite the proven effectiveness of re-designs in preventing accidents, opposition has come from community boards who don’t want to trade parking spaces for bike lanes. Paul Steely White, executive director of the nonprofit advocacy group Transportation Alternatives, calls such opposition “NIMBYism,” referring to the acronym for “not in my backyard,” which describes people who resist unwanted development in their neighborhoods. Mr. White hopes the mayor will ignore community board votes that are “technically advisory,” as he did last year with the overhaul of Queens Boulevard.

Director White favors protective bicycle lanes, and the DOT’s strategic plan calls for 10 miles of new lanes each year. Deaths of bicyclists have increased while deaths in other categories of street users have declined steadily (except for a spike in pedestrian deaths last year). But even if the mayor were to ignore constituents he surely will need for re-election, funding for bike-lane construction may soon dry up. The DOT’s 2017–2020 capital plan assumes more than $200 million in federal funds, which might not be forthcoming under the Trump administration.

If you have been injured in a motor vehicle accident in NYC, the experienced attorneys at [ln::firm_name] can help. To schedule a free consultation, call us at [ln::phone] or contact our firm online.