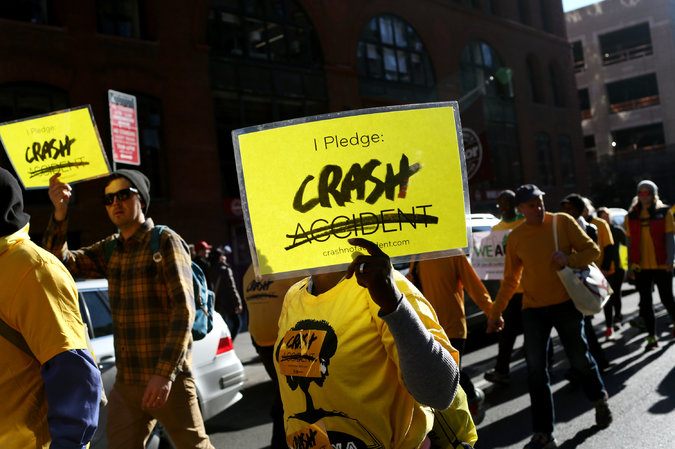 At about 6:30 p.m. on October 16, an SUV struck and killed a 79-year-old man who was crossing the intersection of Northern Boulevard and Prince Street in Flushing, Queens. According to the New York Daily News, the driver remained at the scene and likely won’t face charges because police believe the pedestrian was crossing against the light.

However, one question that needs to be answered is whether the man started crossing the street against the light or whether the light changed while he was in transit. In other words, did the signal give enough time for a person of this man’s age to cross the intersection safely?

A guiding principle of Mayor de Blasio’s Vision Zero initiative is to make intersections safer for all users. Speed limits have been reduced throughout the city to 25 miles per hour to help reduce auto accidents and make accidents survivable for pedestrians. According to the New York Times, the program has succeeded in reducing the number of pedestrian fatalities. In 2013, 183 pedestrians died in traffic accidents in the five boroughs, but that number dropped to 139 in 2014 (a historic low), and the preliminary count for 2015 is 133. According to Vision Zero View, the city program that tracks traffic injuries and fatalities, there were 85 pedestrian deaths through August 31, 2016, which is a pace comparable to that of the previous two years.

As for the timing of traffic signal intervals, the DOT does accept requests to adjust signals to traffic patterns. Citizens who are concerned about the timing at particular intersections should contact the commissioner.

[ln::firm_name] represents pedestrians injured in traffic accidents and their next of kin in wrongful death lawsuits. To schedule a free consultation, call [ln::phone] or contact our firm online.