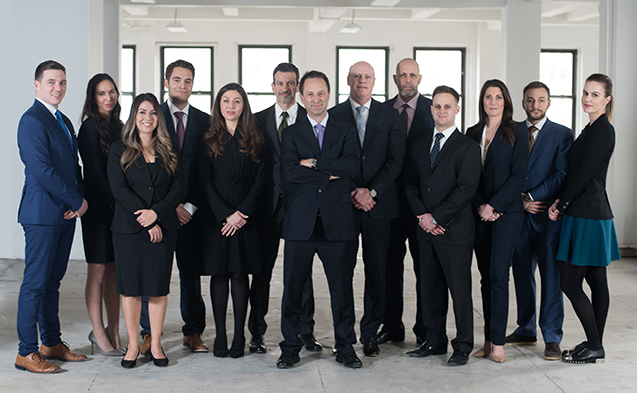 This holiday season, we are reminded of how lucky we are, and of our moral obligation to help others. Through charitable giving and pro bono work, the attorneys at our firm endeavor to use our law degrees and resources for the greater good. One of the organizations nearest to our heart is the Urban Justice Center. Its mission is to help poor and dispossessed New Yorkers, and it partners with other organizations that fight for human rights and social justice around the world. Michael Barasch has proudly served on the Board of Directors of the Urban Justice Center for 35 years.

Syrian and Iraqi Victims of War

Through Michael’s work with the UJC, our firm was presented with an opportunity to help a family ensnared in one of the largest humanitarian crises of our times. Since war broke out in Syria in 2011, over half of the country’s population has been killed, or forced to flee, many to neighboring Lebanon and Jordan. Eager to help, our firm volunteered to work pro bono on behalf of a young family of four driven from their home by violence and war.

Traumatized and exhausted but determined to survive, the family fled their home in Daraa, Syria, and were living in extremely difficult circumstances in Lebanon. They were desperate for a better life. We submitted a Request for Resettlement to UNHCR, laying out the family’s history and circumstances, and making the case that they qualified for resettlement.

We were recently thrilled to learn that the family has been approved for resettlement to Great Britain. As they await their travel date, protests in Lebanon have slowed down UNHCR operations, and it seems the family may now need to spend at least some part of the winter in Lebanon. We are now working to ensure that their needs are met during this interim period, and we eagerly await news that they can begin their new lives.

We also represent an Iraqi man whose life was upended by the Iraq war. He and his brother worked with American forces during the war, a decision that cost them dearly. Our client’s brother, an ICDC soldier, was murdered, and our client remains in hiding, fearful that he remains a target due to his work. We hope that our client will be given an opportunity to start a new life, and we await a decision on his case.

In addition to our work with the UJC, we also serve as pro bono counsel to victims of clergy abuse who wish to participate in the Independent Reconciliation and Compensation Program. These programs were meant to serve as an expression of contrition for the church’s painful history of clergy abuse, and the widespread coverups, and to offer compensation to the victims in recognition of the suffering they have endured.

The IRCP was administered by Kenneth Feinberg, the respected mediator who also administered the original 9/11 Victim Compensation Fund. Mr. Feinberg asked Barasch McGarry Salzman & Penson to volunteer to assist the victims, who were just children when these crimes occurred. Of course, we said yes. We spoke with hundreds of victims of abuse by clergy affiliated with the New York, Brooklyn, Queens, Syracuse and Rockville Center Archdioceses. We explained the legal paperwork they received, and ensured that they understood their rights and were comfortable with what they were signing.

While nothing can completely erase the pain and trauma these victims have endured for so long, we have seen firsthand that the program does bring peace and closure to many.

Many victims have told us that the awards are so meaningful to them because they represent an acknowledgment of the wrong done to them. They spoke of the pain and shame that they felt when they were abused, and the horrible experience of being turned away when they sought help. Many spoke of the toll the abuse has taken on their relationships, their self-esteem, and their sense of security. They have told us that the acknowledgment that these crimes occurred has lifted a weight that they have been carrying with them for decades.

We are grateful to Mr. Feinberg and his associate Camille Biros for including our firm in the program.

The program has now closed to new applicants. However, submitted applications are still being reviewed.