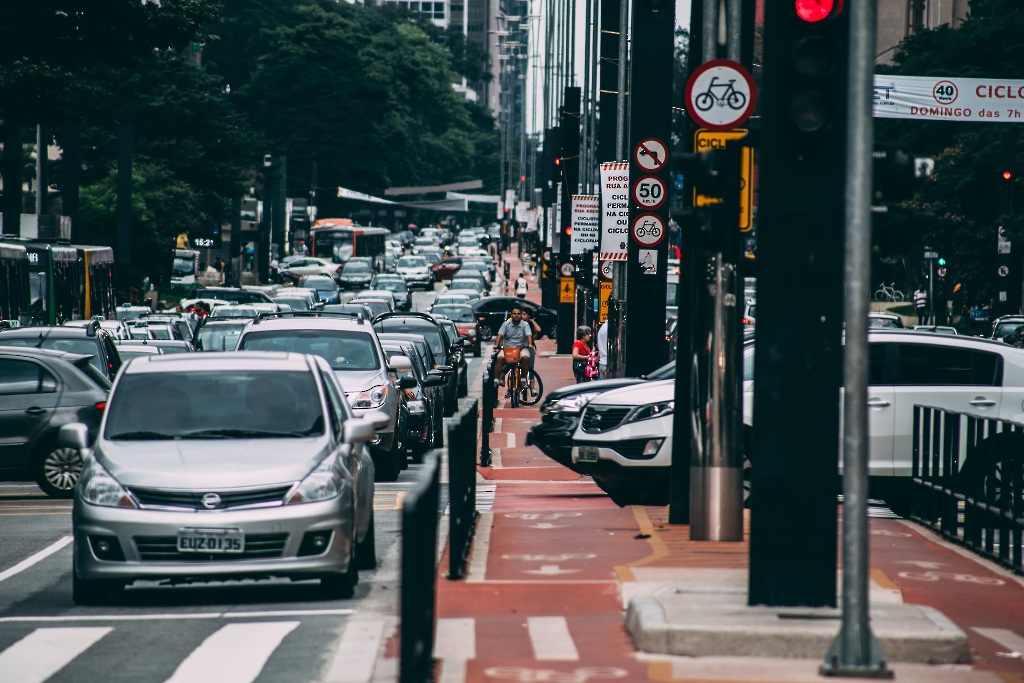 Vehicular Fatalities up 14% in past 2 years

Cars have changed dramatically in the century since their invention. The cars we drive today have safety features that would have amazed motorists from earlier generations: headlights, safety belts, airbags, collapsible steering columns, automatic emergency brakes, electronic stability control, rear view cameras, and collision warnings, just to name a few.

These safety features have made an enormous difference. Per mile driven in the United States, fatalities declined by more than 95% between 1921 and 2015, according to the National Highway Traffic Safety Administration.

But safer does not mean completely safe. About 33,000 people are still killed every year in car crashes – about the same number of people killed by guns or opioid overdoses. And, despite hundreds of millions of dollars spent on safety campaigns to remind the public of the dangers of drunk and distracted driving, and failing to buckle up, fatalities increased 14% over the past 2 years. In addition, more than 2.2 million people were injured in car crashes last year, many permanently disabled as a result.

These statistics represent a continuing health crisis that, relative to its impact, receives comparatively little attention.

The risk associated with cars demands a solution. In my years an attorney, I have represented thousands of people seriously harmed in car crashes and other transportation-related disasters where human error was the major factor in a death or permanent injury. In fact, rarely has mechanical failure been the reason for a car crash.

What kinds of human error have contributed to crashes? Most accidents are caused by two factors: driver distraction, such as texting or talking on a smartphone, and reckless behavior like speeding. Despite technology that has given us “smarter” cars, our drivers aren’t getting smarter. Despite law enforcement checkpoints that crack down on drunk driving and the widespread ability to call an Uber, people continue to drink and drive. In fact, the number of serious accidents is going up mostly due to human error. These accidents will no doubt continue as long as humans are in control of cars. As with all humans, some drivers will always make mistakes or fail to obey the rules.

Driverless cars, which use sensors to determine road conditions and respond accordingly, offer a compelling alternative to the current situation. A computer that controls a car will never daydream, get drowsy, try to read or type a text message, or tailgate other cars.

Autonomous vehicles are not perfect, of course. Every form of technology, from the simplest to the most complicated, has the potential to fail. And computers, which malevolent hackers could potentially disrupt from afar, require special caution.

Ultimately, however, the elimination of human control – and therefore human error – in driving will make our roads safer, saving millions of Americans from untimely death and serious injury.

The transition to driverless cars will not only improve safety but will ironically transform the practice of personal injury law. I welcome the change.

The legal issues involved in car crashes have remained relatively stable for many years, from the Model T to the Toyota Prius. After a crash has occurred, we seek in discovery to determine whether and to what extent the driver and any other individuals involved in the crash were at fault, as well as the share of each contributor’s fault.

Think of a relatively simple case, where a car collides with a pedestrian crossing the street. Was the driver intoxicated or distracted? Was the driver speeding or driving recklessly? Was the pedestrian crossing against a “Don’t Walk” sign?
The development of driverless cars will change our methods of gathering evidence after a car crash. Rather than trying to determine the status of the driver from the statements of witnesses, we will have computer records and possibly video, that allow us to determine the answers to many of the questions involved in determining fault.

Driverless cars will also presumably feature controls preventing dangerous acts such as speeding or passing on the right and will follow posted signage and traffic signals. In addition, driverless cars will not have to depend on the delayed reflexes of a human to brake quickly when an pedestrian or other car suddenly appears “out of nowhere”– as human drivers often say after a crash.

It seems likely that, with much safer driverless cars on the road, the number of personal injury lawsuits will decrease. I’ve spent the past 35 years representing victims of auto accidents. It has often been heart breaking to see the consequences. Doctors can do only so much to repair the injuries, and attorneys are often unable to obtain monetary awards to compensate victims when the offending vehicle has little or no insurance. Many potential lawsuits are either not filed or the victim never fully recovers compensation because the driver lacks substantial assets and has limited liability coverage (or worse, does not have any form of car insurance – like 20 percent of drivers).

Now consider some of the companies that are developing autonomous vehicles: Google, Tesla, Uber, BMW, and Toyota. When a crash occurs, if and when the driverless car technology is found at fault, victims will have the ability to recover the full amount of their damages. These companies will have a powerful financial incentive to create technology that meets the highest standards of safety, to avoid both compensatory and punitive damages.

And, as driverless cars become more common on American roads, lawmakers could impose regulations that further promote safety, such as a feature that restricts the speed of the car to 65 miles per hour or one that prevents driving until all passengers have buckled their seatbelts.

To be sure, the recent crash in Arizona, where a driverless Uber car killed a pedestrian, has raised important concerns – questions the industry needs to answer.

Driverless car makers must address these concerns by rigorously testing the systems that operate their vehicles.

But driverless car technology offers a genuine opportunity to avoid the problem of human error that leads to so many needless deaths and injuries and create roads that are much safer.

It offers an alternative that promises a dramatic reduction in harm, to the benefit of millions of Americans. Regulators have a responsibility to work closely with driverless car manufacturers to get these vehicles on the road – safely – as soon as possible.

I welcome the day when the number of auto accident victims is reduced dramatically.