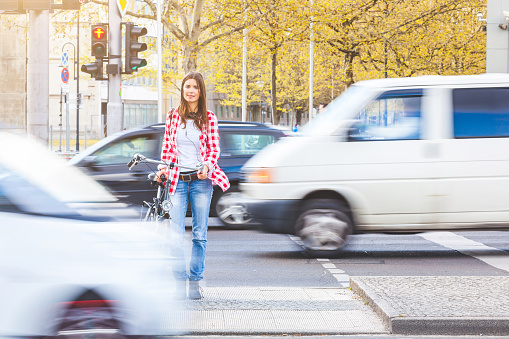 In March, Mayor de Blasio appeared at the 78th Precinct in Park Slope, his home precinct, to announce he was seeking action in Albany on three pieces of legislation aimed at the specific circumstances of a horrific crash less than two weeks earlier in that neighborhood. On March 5, Dorothy Bruns, 44, had a seizure at the wheel and drove through a red light, killing two children and seriously injuring their mothers. Her doctor had urged her not to drive for at least a year because of repeated seizures, including one that led her to crash into a parked car. Ms. Bruns has been charged with manslaughter, criminally negligent homicide and reckless driving. But the mayor was more concerned with preventing future tragedies than he was with litigating the past.

According to the city’s website, the mayor is asking Albany legislators to pass three new laws that would:

The mayor stressed that he wants these proposals to be passed in the current legislative session, by June.

At [ln::firm_name], we believe the mayor’s proposals have merit, and we hope the legislature will give them proper consideration and act responsibly to pass laws that protect pedestrians. We agree with the mayor when he says, “We can’t accept a reality where it is normal for someone to kill a pedestrian with their vehicle. We just can’t let that be anything we regard as normal in our society. For too long people would negligently kill another human being with a vehicle and essentially walk away. We’ve got to end that once and for all.” As advocates for victims of motor vehicle accidents throughout greater New York, we agree the time has come to demand better. The safety of residents should be city government’s greatest concern. Let’s hope that the state government shares that viewpoint.

[ln::firm_name] represents victims of motor vehicle accidents in the greater New York City area. If you have been seriously injured, trust us to aggressively pursue justice for you. To schedule a free consultation, call [ln::phone] or contact our firm online.