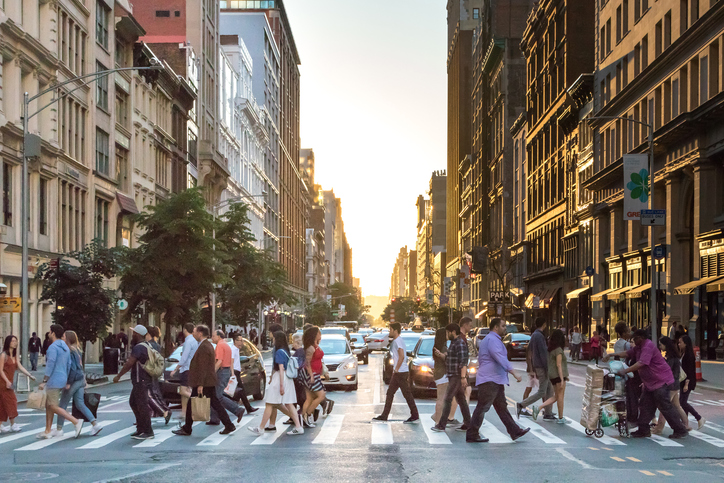 New York City is celebrating the success of its Vision Zero initiative, but that success may prove short-lived. This multinational traffic safety program, which has been implemented in dozens of U.S. cities, seeks to lower pedestrian traffic fatalities through a number of measures, and in New York City, that includes the strategic use of traffic cameras. The initiative reduced fatalities over the last six months to a record low of 81. But the city’s authority to use traffic cameras in this way relies on authorization from the state government. Because the state legislature has failed to extend this authorization, the program may soon be eliminated, with potentially deadly consequences for pedestrians.

The Vision Zero Action Plan for New York City, released in 2014, is the brainchild of Mayor Bill de Blasio, who has made reducing traffic fatalities a central goal of his administration. In a recent press statement, he explained that “No loss of life on our streets is acceptable. Under Vision Zero, we have made enormous strides toward safer streets for all, with traffic fatalities declining for the past four-and-a-half years.”

Mayor de Blasio has strong evidence to support his claims. City officials report that there were only 81 traffic fatalities between January and June of 2018. Not only is this a record low, but it is only the second time there were fewer than 100 fatalities in the span of six months. Considering the sheer number of people who live in New York and the amount of traffic that passes through the city, this is a huge accomplishment.

While the program has been in effect in all five boroughs, its results have been particularly striking in Manhattan. There were only nine fatalities in Manhattan in the first half of 2018 compared to 21 during a similar period in 2017. The Bronx also saw a stark decline, experiencing only 13 fatalities in 2018 compared to 22 in 2017. Overall, New Yorkers are substantially safer as a result of this program.

Unfortunately, New York City lacks the authority to sustain Vision Zero on its own. The program requires city officials to use speed and red light cameras, which are under the control of state authorities. State government has previously authorized New York to use the cameras. But that authorization has expired, and the State Assembly and State Senate have not been able to agree on a bill to reauthorize it. Unless they can find a solution, Vision Zero will soon end, potentially leading to more deaths.

Barasch McGarry Salzman & Penson urges the state government to reauthorize the Vision Zero initiative in New York City. As personal injury attorneys in the city, we know what a serious impact traffic accidents have on pedestrians and all other New Yorkers. We support any effort to reduce these accidents, and hope New York City can continue to make progress.

For a free consultation on your rights in the aftermath of a traffic accident, call Barasch McGarry Salzman & Penson at [ln::phone] or contact us online today.