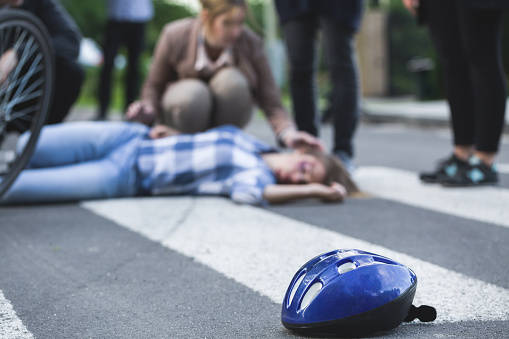 In January, the New York Daily News reported that Mayor de Blasio’s Vision Zero initiative had reached an impressive milestone in 2017 by reducing traffic-related fatalities to a new low of 214 deaths for the year. This included a sharp decrease in pedestrian deaths, which were down by about one-third. However, not all the news was good: 2017 also saw a sharp increase in fatalities to cyclists and motorcyclists in the city.

In 2013, nine cyclists died in NYC traffic accidents. That was the year before Vision Zero began, with its promise to make the city’s streets safer for all users. That 2013 total represented a significant decrease from the previous year’s total of 17 deaths. But five years later, in 2017, cyclist deaths soared to 23. Motorcyclist deaths also increased from 19 in 2016 to 33 last year. So, a serious question needs to be asked: Is Vision Zero leaving cyclists behind?

Paul Steely White, executive director of the nonprofit advocacy group Transportation Alternatives, praised Vision Zero for reducing traffic fatalities in NYC for four consecutive years “at a time when traffic deaths are on the rise across the nation.” Advocacy groups generally point to increased cyclist traffic for the increase in cyclist deaths, even as the streets become measurably safer, due to improvements that include 25 miles of protected bike lanes installed in 2017 alone. The NYPD has also stepped up enforcement of traffic laws, handing out about 200,000 citations for a variety of infractions such as speeding and failing to yield to pedestrians.

While Mr. White was complimentary about “the city’s commitment to Vision Zero,” he was far more critical when two buses collided on Northern Boulevard in Queens, killing three people and injuring 16. That deadly stretch of road was supposed to have been upgraded under the program more than two-and-a-half years earlier. At this point, it’s apparent that even with Vision Zero’s successes, more improvements must be made to prevent traffic and transit accidents from occurring in the future.

[ln::firm_name] represents riders injured in traffic accidents throughout New York. To schedule a free consultation, call us at [ln::phone] or contact our office online.