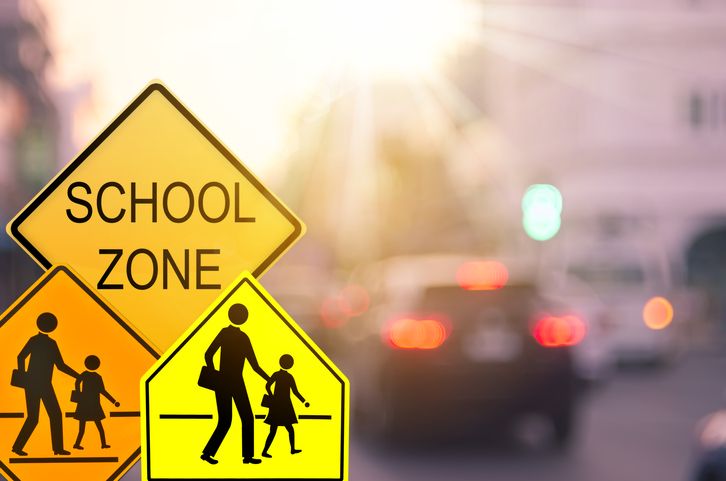 New York City’s worst speeders have gotten away with dangerous driving in school zones for years, without much more than the financial equivalent of a slap on the wrist. At the start of this year, 10 of the worst-offending vehicles registered in New York accumulated more than 1,000 tickets between them for school-zone speeding violations, according to a report by the nonprofit investigative journalism organization City Limits. The car with the most violations had received 130 speeding tickets. Despite this scandalous record, many of these vehicles and their drivers have been able to remain on the road.

School-zone cameras capture the license plates of vehicles that exceed the posted speed limit by more than 10 miles per hour. When a camera catches a speeder, the Department of Transportation (DOT) mails a traffic ticket to the address at which the vehicle is registered. The vehicle registrant is ordered to pay a $50 fine. Failure to pay the fine can result in a suspended license and increased insurance rates, but a driver who pays the fine can get right back on the road.

DOT data shows that most people fined once for school speed-zone violations do not become repeat offenders, but a few vehicle operators continue to flout the rules, posing danger to others due to their seeming unwillingness to adopt safer behaviors. Some repeat offenders have even caused pedestrian accidents or bicycle accidents.

One possible weakness in this legislation is that the owner of a registered commercial vehicle is not necessarily the person who was driving it when the tickets were issued. Taxicabs, for example, may be utilized by several different drivers. One cab driver who hit and killed a Brooklyn pedestrian in January 2020 was at the wheel of a car that had racked up 14 moving violations, but prior to the accident the driver himself only had one speeding ticket in his name.

The car accident injury attorneys at Barasch McGarry Salzman & Penson in New York City help individuals hurt by reckless drivers seek compensation. Our skilled investigators look into the records of at-fault drivers to help demonstrate their pattern of negligence, so that we can pursue the full amount of damages available. To schedule a free case evaluation with our firm, call [ln::phone] or contact us online.