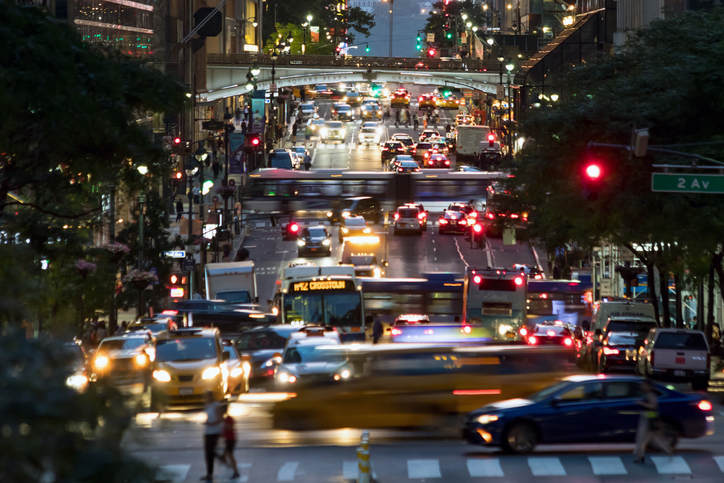 When New York City established Vision Zero Action Plan in 2014, its ambitious goal was to eliminate traffic deaths within the five boroughs by 2024. Some of the numerous measures the city has implemented to protect people who walk, bike and ride on its streets seem to have worked. But five years after the program’s establishment, motor vehicle traffic is up significantly, and it is an unavoidable conclusion that when more people use cars to get around, more accidents result.

Traffic volume in New York City has risen over the past few years due to several factors, including:

The upswing in motor vehicle traffic on New York streets poses a particular threat to pedestrians and bicyclists, who lack the protection that people have in cars and trucks. Though tougher enforcement, bike lanes, speed cameras and improved design can all contribute to safer streets, the city needs to grapple with the fact that heavier vehicle volume leads to more injuries and deaths.

[ln::firm_name] is a respected leader among New York personal injury law firms. We represent victims of all types of vehicle accidents, helping them secure fair compensation for medical bills, lost income and other damages linked to their collision. For a free consultation regarding a potential claim, please call [ln::phone] or contact us online.