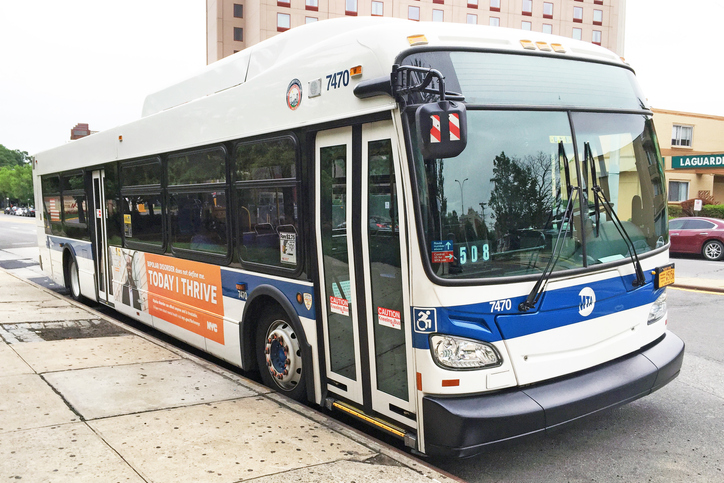 If the subway train you were riding stopped short of the platform, the conductor opened the door, and you stepped off into space, the MTA would certainly be liable for your injuries. Likewise, if you were walking toward the train and tripped over the broken surface of the platform, the MTA would be liable for your fall. But what about buses? When is a bus company liable for injuries riders suffer attempting to board or get off a bus?

The law, as explained in Blye v. Manhattan and Bronx Surface Transit Operating Authority, says that a bus driver has a duty “to provide a reasonably safe passage onto the bus which does not invite or dictate that the passenger board the bus via a treacherous path.” Cases have held the same duty applies to passengers exiting the bus. Of course, whether the driver has provided reasonably safe passage is a matter of fact for a jury to consider.

Facts a court generally looks at include:

In this type of case, the burden is on the plaintiff to show that the placement of the bus dictated that in order to board or exit, the passenger had to navigate a dangerous or defective path. To build a case, an injured passenger should present evidence of the driver’s conduct, the position of the bus, and the placement and condition of the hazard. Cellphone photographs and eyewitness testimony can be very helpful in such claims. However, the most important step a plaintiff can take is to retain an experienced personal injury attorney with experience in transit accidents.

[ln::firm_name] represents clients injured in subway and bus accidents throughout New York. To schedule a free consultation, call us at [ln::phone] or contact our office online.